Eagle Alum Flying on the Track 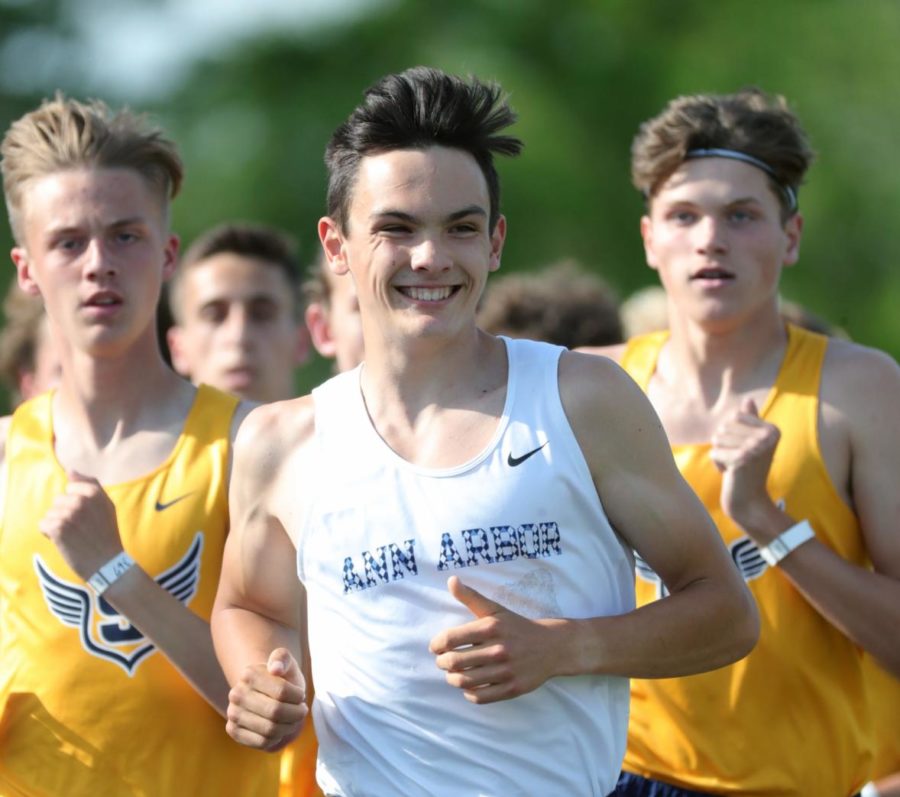 In 2017, Hobbs Kessler joined Skyline track and cross country as a freshman. In 2021, he broke four minutes in the mile, gained a sponsorship from Adidas, and competed in the Olympic trials. Last week I got the opportunity to interview Kessler about his meteoric rise to running stardom, and am excited to share what he had to say about it in this article.

For some background, I myself run track and cross country for Skyline, and I ran with Hobbs for three years. Hobbs is a genuine person, on and off the track. He doesn’t care what people think about him, he always jokes and laughs during long runs, and has consistent values and ideals. After a meet, you might find him wearing rain boots doing one-handed pull-ups off a tree, or playing tag with some random kids. I’ve seen him a few times this year at practice, and obviously during the interview over Facetime, and I’m happy to say that he hasn’t changed much even with his newfound international attention, he’s gained over 18,000 followers on Instagram over the past couple of years.

When I asked Hobbs about the transition from high school running to professional running with Adidas, he answered, “It wasn’t too big of a transition, I was surrounded by the same people like Ron and the VNTC guys. Running’s my job now though, so I can’t just not show up to practice if I don’t feel like it.”

Ron Warhurst is Hobbs’ coach, and leader of The Very Nice Track Club (VNTC), a running club with several Ann Arbor based professional athletes. He is the stereotypical legendary old mentor that you might see in a martial arts movie; chock full of experience and wisdom. Warhurst served in Vietnam, coached track for Michigan, has coached multiple Olympic athletes, and is also our assistant coach here at Skyline.

Because of the high-quality coaching between Ron and Hobb’s father and head coach Mike Kessler at Skyline, the shift to pro-running with VNTC wasn’t too extreme for Hobbs. He described his time on the Skyline team as “a very important experience for me. I was surrounded by a really good group of guys that were fun to run with. It was a great social outlet for me.”  Hobbs has found a similar positive experience with VNTC.

While running at this level might seem intimidating to some, Hobbs is no stranger to high-level competition. Oddly enough, he is also a brilliant rock climber. In 2019, he represented the USA at the IFSC Climbing Youth World Championships in Arco, Italy. “[Climbing] has given me some arm strength, and competing in Italy gave me a good experience competing at a world-class level.” It seems he has taken these advantages in stride, breaking the national indoor 1600 meter run high school record with a time of 3.57.66, and receiving the 2021 Gatorade National Player of the Year in Michigan for boys track and field as a senior.

Since he has gone pro, Hobbs has been able to mark several high-level races to his resume, mostly running his best event: the 1500-meter run. His most notable races were his appearances at the 2021 Olympic trials in Oregon last summer. To qualify for the Olympics in the 1500, you must advance through three races by placement. Hobbs won his first race in an amazing kick at the end, but fell short of qualifying in the second round. According to Hobbs, “The trials didn’t go that great, but it was a really fun experience.” Even though the trials didn’t go the way he wanted them to, his results were phenomenal for an eighteen-year-old runner.

However, Hobbs still isn’t satisfied. His next biggest goal lies in Paris, for the 2024 summer Olympics. He not only plans on qualifying, but medaling in the 1500 for team USA. So, when you’re sitting at home watching the 1500 in 2024, make sure to look for H. Kessler on your TV. I don’t think you’ll be disappointed.